WHAT IT’S LIKE TO BE A TRAVELLER FROM THE PHILIPPINES 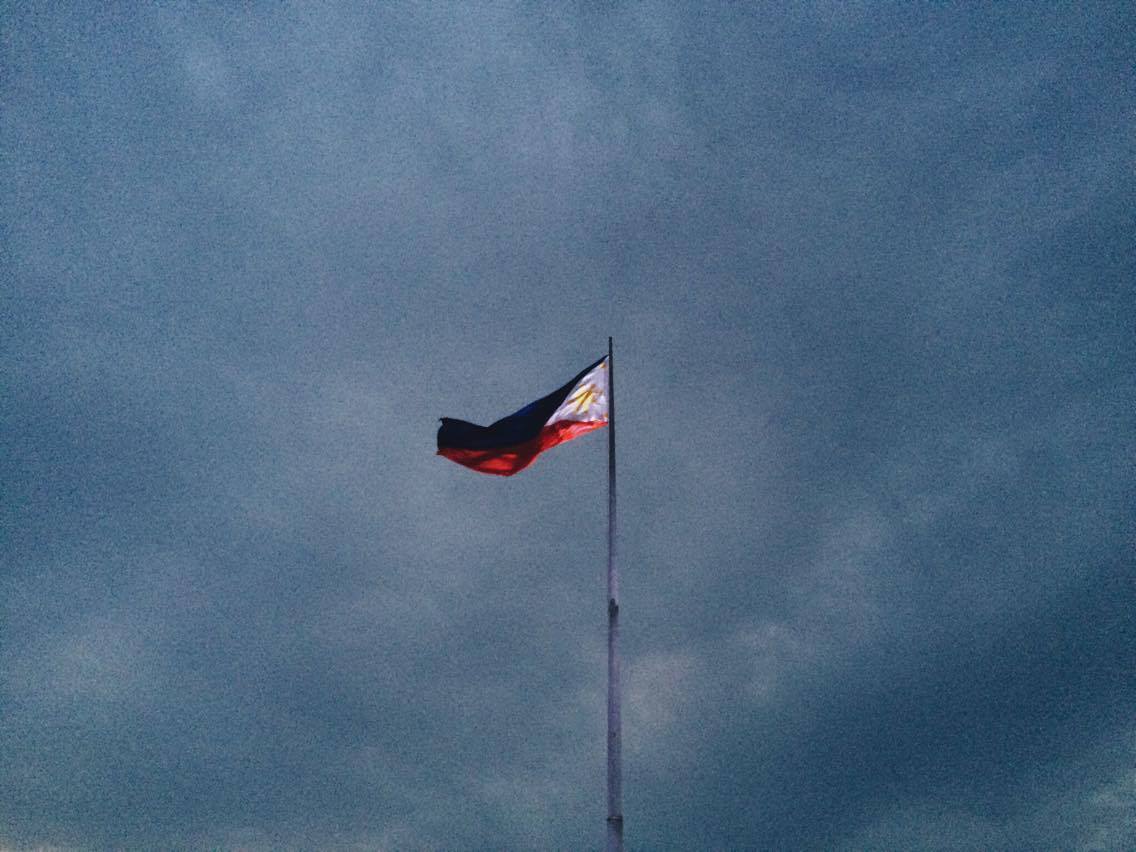 I started travelling overseas without my family when I was 16. It’s hard to get past the immigration because they had a feeling I’d do illegal works, which was super funny because I’m not. I’m just a teensy tiny lass who wants to see more of the world.

At 18, I backpacked across Southeast Asia alone. That trip made me discover a whole lot of things about myself, about what it’s like to be independent, and what it’s like to live a life full of adventures and friendships from all around the world. 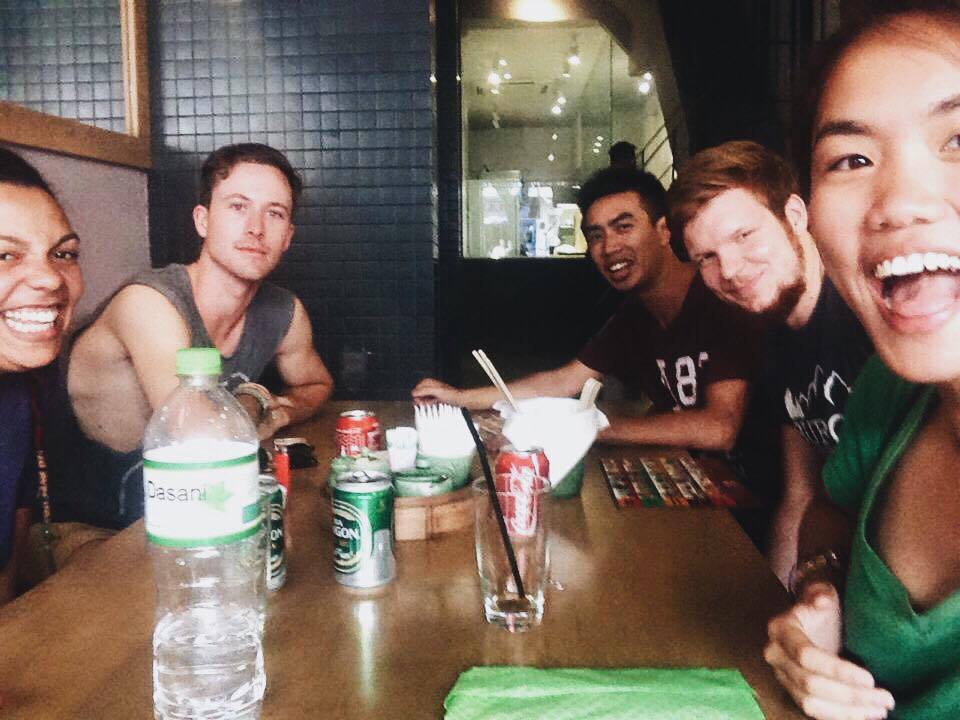 I actually got off the wrong foot with travelling. I thought the immigration officer in Manila wouldn’t let me through because I actually had a one way ticket to Bangkok, Thailand last 2015. I mean, nobody could really tell me what it was like to go out alone because let’s be honest, not much people from the Philippines travel–let alone backpack in a different country alone. I’m not saying there’s none, all I’m saying is there’s not much…not people that I know personally, at least. I had no one to turn to for my travel questions except blogs that I’ve fancied and articles that I’ve read. So a one way ticket to another country isn’t the best option, I know that now. Also, I didn’t pre-book a hostel so I ended up homeless on the streets of Bangkok at 2AM. Which was a pretty scary thing for an 18 year old girl all alone. Though now that I think of it, I feel pretty bad ass about it.

“Why is your English so good?” is one of the most common questions I get asked often. I honestly don’t know how to answer this question. Should I go, “Uhm, maybe because our education system is in English?” or “Because most my family is in New York?” I don’t know. It’s a tough one, but I do get past it. It’s just funny and annoying at the same time how people think that because I’m from the Philippines, I wouldn’t know how to speak in English fluently. But I do get them, not much people know that Filipinos travel. So I want to make a mark and an impact in the travel blogging world and prove to them that Filipinos can do it too! 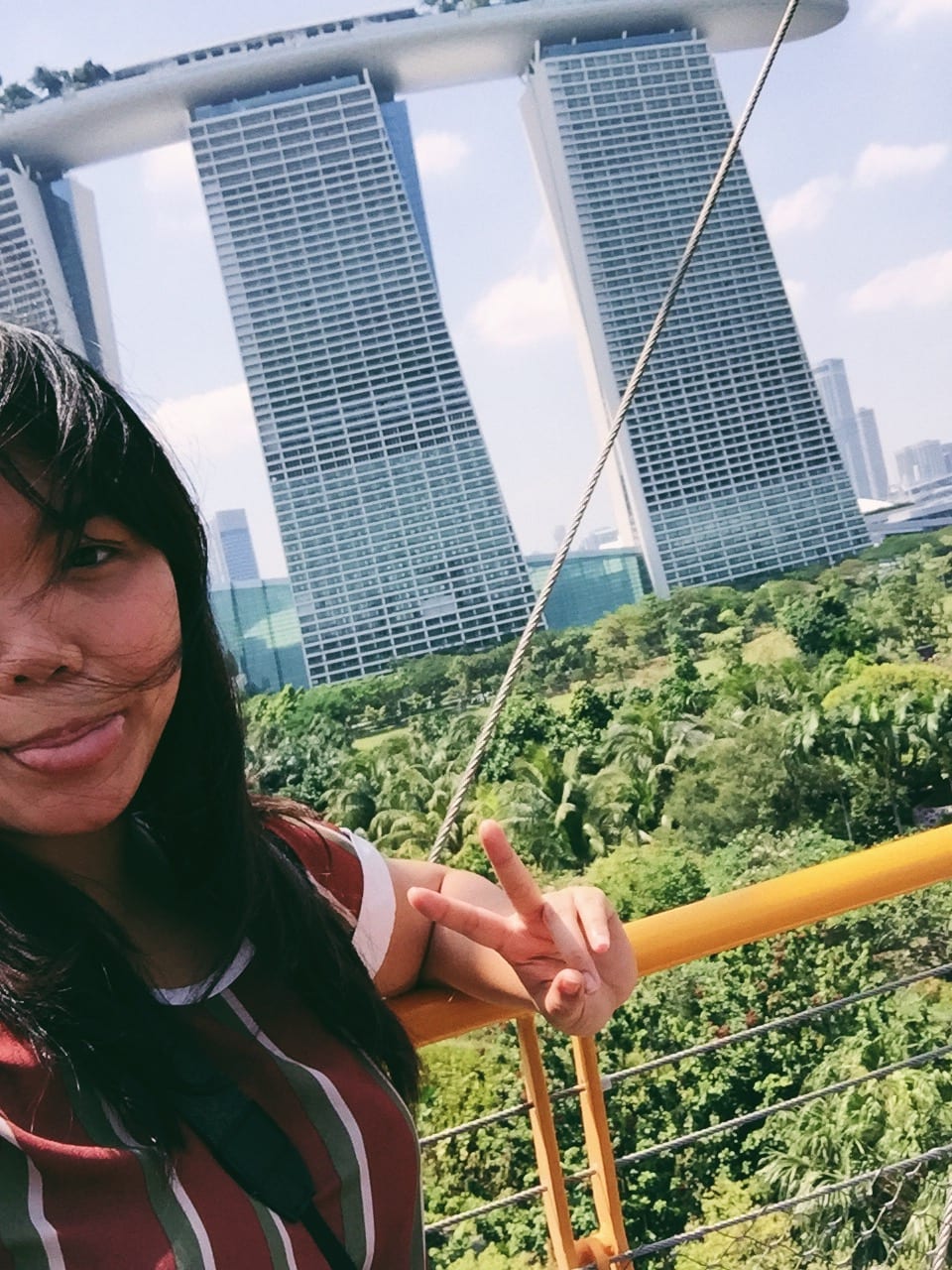 A photo of myself posing with the Marina Bay Sands in Singapore last February 2018.

“Filipinos must have a really hard time getting visas?” It’s true, but I’d like to think of it as a challenge. To be honest, my Canadian Visa Application got denied last summer. I just wanted to visit my boyfriend in Quebec, but since Filipinos have a very unstable reputation of illegally staying in other countries, other nice Filipinos who just want to travel, also suffer. I think that’s one of the struggles I’ve had since I own a Filipino Passport. I was so keen on going hiking in Canada and visiting Quebec City and Montreal but in the end, I got disappointed because of the bad reputation of my other countrymen.

It has its ups and downs, it’s true. But this passport has been to a lot of places and have shared a lot of memories with me, and I wouldn’t trade it for the world.

I’m actually thinking of travelling to Australia + New Zealand next year. Backpacking, of course, I wouldn’t have it any other way. Also, I’m re-applying for a Canadian Visa, since my boyfriend is there and I’d love to visit him and his family. 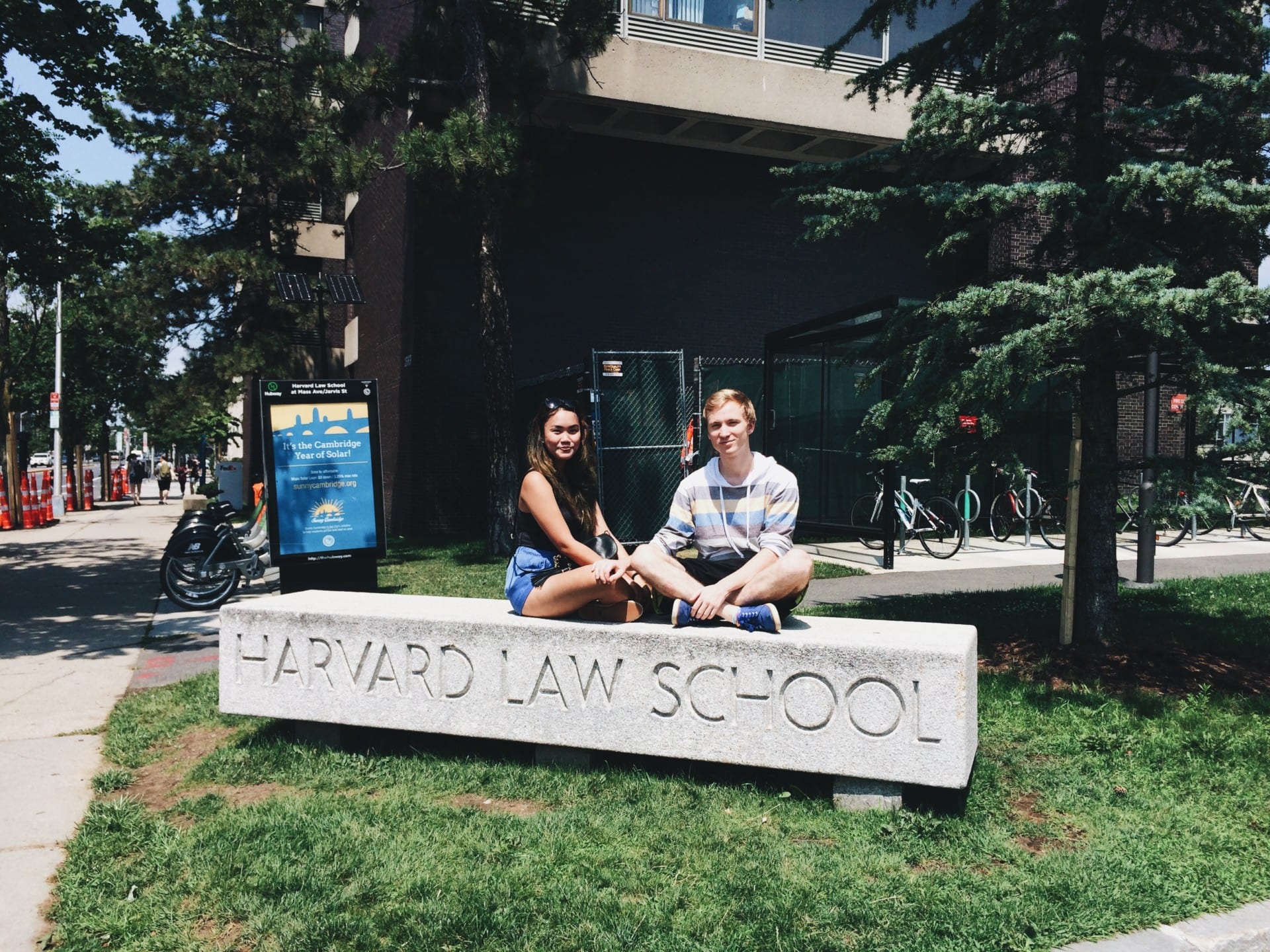 A photo of me and Micah from our trip to Cambridge, Massachusetts last July 2016.

Having a Philippine Passport has its struggles, yes. The visa applications are crazy! Proving the consuls and the embassy officials of each country is such a nerve wrecking experience because you have to prove to them that you’ll come back to the Philippines. I mean, I don’t have much money since I’m only 20, but I do have a stable job, and my parents sometimes sponsor me, so I hope that they see that I just want to travel. Ha! But seriously though, being a Filipina in the travel world is quite scary. It makes me anxious sometimes. But of course, I’m taking it as a challenge and I’m not backing out. 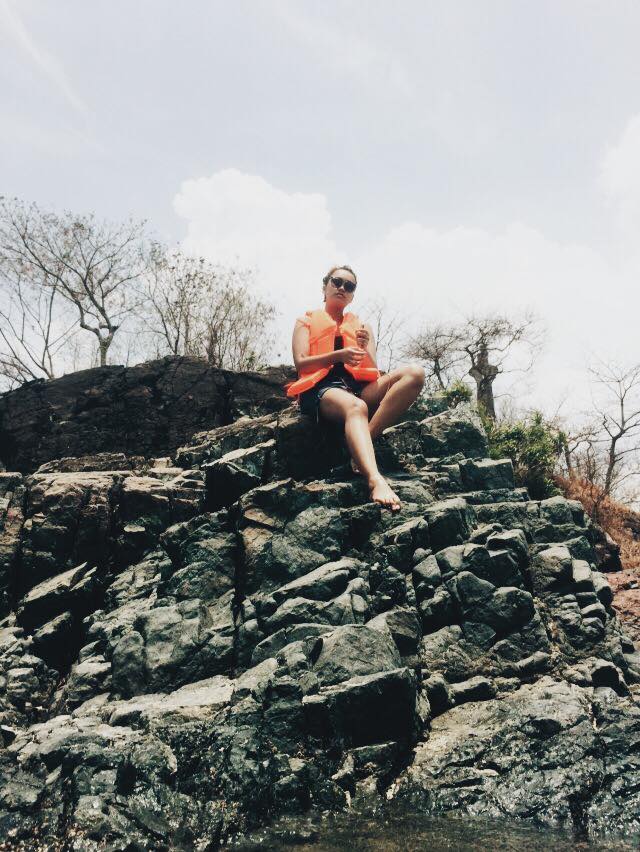 A photo from my trip to Olongapo City last May 2016.

My passport has the same colour as my skin, and I think that’s beautiful. I’ll carry them both loud and proud, and I wouldn’t have it any other way.

“He was withdrawn from them about a stone’s cast, and kneeled down, and prayed, saying, Father if thou be willing, remove this cup from me: nevertheless not my will, but thine, be done.” 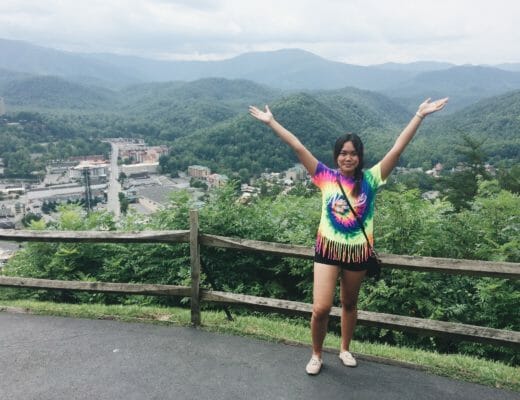 LOVE YOURSELF BEFORE LOVING OTHERS 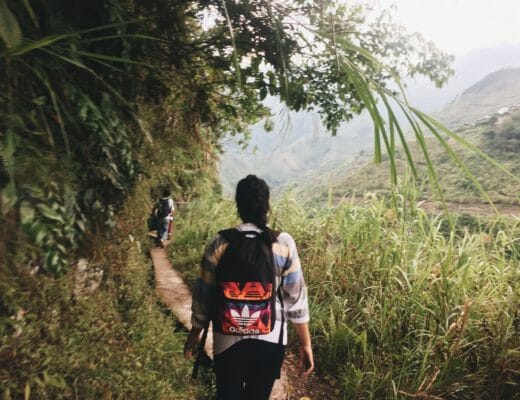 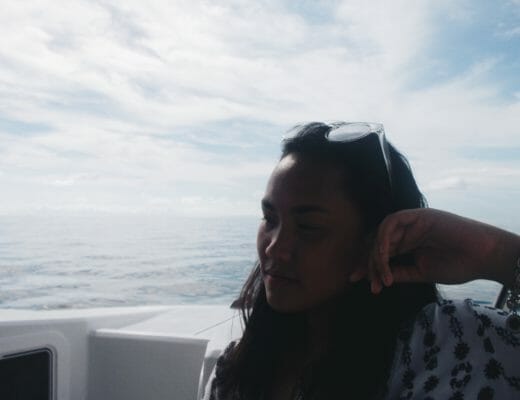 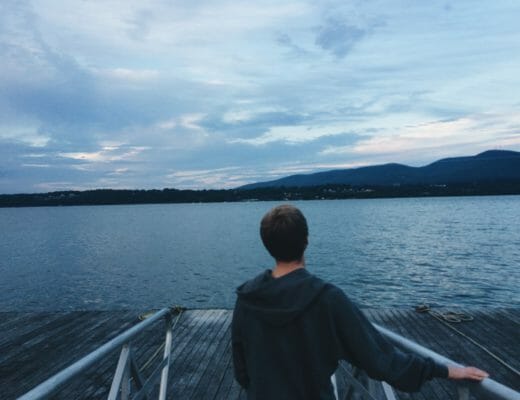