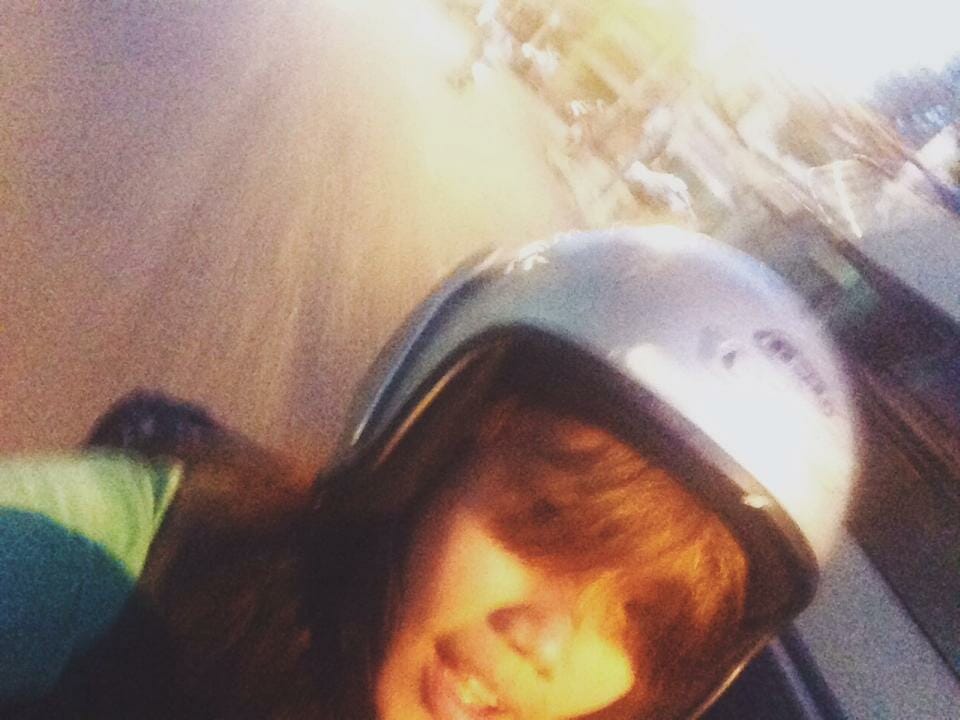 I ended my backpacking trip in the beautiful city of Ho Chi Minh. Okay, here’s a horror story I’ve encountered along the Vietnam Immigration–I thought they lost my passport. Yes, that’s actually ever traveller’s worst fear. I thought they lost my passport because everyone from the bus I was riding in got their passports and headed back to the bus, but I was still there. After an hour of waiting and panicking (well I prayed, naturally), they finally found my passport beneath all the other passports. Such a relief!

I met Nikola, he’s from France, on the bus. We were talking and we realised we were staying at the same hostel! How sick was that? Another awesome thing was, he’s also a Christian so we talked about our faith whilst we were walking. It was amazing! Well anyway, we braved the busy streets of Vietnam when we got dropped off at the bus station and we looked for our hostel. Josh was waiting for me at the hostel, he took the morning bus.

Ho Chi Minh City is actually a lot similar like Manila, except for the part that everyone drives a motorbike here.

This was the view from our hostel room. Doesn’t it look like Tony Stark’s place from Iron Man?

My friend Joonas (he’s in the Phnom Penh travel diary post) messaged me asking where I was, and coincidentally, we were both in Ho Chi Minh City! How sick was that? I guess travellers really do have a way of bumping into each other. Which is cool.

Joonas and I went out with my hostel roomie, Adam. He’s from England.

So there’s this funny moment the three of us had in the Night Market. Adam was going to buy a Vietnam jersey souvenir for his nephew. Naturally, since Joonas was German, he looked for German jerseys too. Well there was none, so Joonas was like, “Why are there no German jerseys here? We won the World Cup!” Adam and I just burst out laughing, it was hilarious!

Just casually doing an obligatory tourist photo…and being photobombed by this Brit. Hahaha!

Me, Douglas and Joonas.

If you’d read my Phnom Penh travel diary, you’d be pretty familiar with these two. I met them both at our hostel in Phnom Penh. Whilst Joonas, Adam and I were walking around looking for a nice pub to hang out to, we bumped into Douglas! See what I mean by travellers bumping into each other?

The Aussie that is Jack.

Another friend (well he was Adam’s friend), Jack, came along with us. He’s from Australia. My first impression on when I saw him was that, he does look a lot like Ryan Gosling. No? Okay.

A serious game of table football between Germany and England.

A bottle of beer, table football and great company in a foreign city. What could be better?

I just love this photo!

Joonas was actually headed up to Ha Noi so we had to say goodbye (for now). Adam and I went back to our hostel.

The next day, Adam and I met two more British lasses.

Everyone in this photo is 19. That’s me, Adam, Verity and Ella just refueling at Maccies (McDonald’s).

Wandering around Vietnam with these two Brits.

Verity, Ella and I wandered around the city. Adam was nowhere to be found at this time, hahaha.

Ticket to the War Remnants Museum.

We ended up going to the War Remnants Museum. We paid a good amount of 15,000 VND. It was less than a dollar! It was so cheap!

Snaps from inside the museum.

I’ve always had this thing with vintage cameras.

This was one of the best photos from the museum. It made me speechless.

The girl in the poster just looks so bad ass! Maybe the Joan of Arc of Vietnam?

Some more snaps from inside the museum.

Ella was too cute in this photo that I couldn’t not take a photo of it!

I love this movie!

Apparently, they sell movie posters inside the museum. Ha! I was supposed to buy quite a few but I was out of dollars! Ugh!

Last photo with The 19 Club.

That afternoon, Adam was due to come home to England. Verity and Ella were due to go to Cambodia. I told them my Vietnam Immigration horror story so they would be careful. Thankfully nothing bad happened to their passports.

Reunited with another friend! If you haven’t seen my Phnom Penh post, you can click HERE to read it.

Maik and I met at Maccies and we walked around the city. We went to this church, the Notre-Dame de Saigon, which looks nothing (is it only me?) like the real thing in France. It was a cutie though since I’ve had enough temples during my trip.

From the inside of the Notre-Dame de Saigon.

Huge shout out to Maik for agreeing to hold my hand to take this photo!

This was right next to the Notre-Dame de Saigon, and since we were in the area, we might as well check it out.

There’s nothing inside really, just a normal post office. Though there are a lot of souvenir shops inside. Make sure to bring lots of money if you’re going here!

I actually went to the War Remnants Museum twice! First with Verity and Ella, second with Maik. He’s not yet been, and since I was a good friend (such modesty), I went with him even if I’ve already been there.

Maik and Museum: they both start with ‘M’.

There was this one part at the museum where an attic was full of live bats! It was sort of creepy but cool! You could see them sleeping and flying, hahaha!

German and a guillotine.

Before this photo was taken Maik asked me, “Do you think this still works?”

Some tourists (even Maik) laughed at my remark, ha! I seriously need to control my mouth, lol.

After such a long day, Maik and I just wanted to eat some authentic pho noodles. But the thing was, we couldn’t find any Vietnamese restaurants…yes, in Vietnam. Hahaha! They were all Maccies, and Indian restaurants, it was somewhat weird. So we just settled for some beef and rice and we just set aside our cravings.

Maik and I at a rooftop bar.

Josh was in his two-day Mekong Delta trip so I was left alone in the city. Good thing Maik was there.

When Josh arrived back at the city, we went on a hunt of pho noodles! At last, we found some! This was also probably the biggest bowl of noodle that I’ve eaten in my life! It was super yummy too, and we ate it in a tree house in the middle of a city! Too bad I didn’t have a photo of the place, but it was called Allez Boo.

Me, Dominic, Maik and Josh.

I met a Malaysian at our hostel, his name is Dominic. This was my last night in Ho Chi Minh City, and I was due to return home to Manila the next day.

I think I’ve eaten too much during my trip. Oh well!

Last photo of me and Josh.

This was the morning after my last night in Vietnam. He was headed to north to Da Lat and I was headed home later that day. Really hate saying good bye to great friends. But maybe we’ll see each other again on the other side of the world, right? Who knows? Only God knows what’s in store for all of us, after all.

Elise, Jack, Hong, Maik and I.

This was my last full day in Ho Chi Minh City. I met up with Elise (Australian), Jack (Australian), Hong (Vietnamese-Canadian) and Maik (German). I met Elise the night before we we hung out at the roof top bar. I think she lives in New Zealand now. I haven’t talked to her in a while. Jack, I met him through Adam. He’s back in Adelaide based on what I’m seeing on his Facebook. Hong, I also met him the night before. He is still in Ho Chi Minh City and he’s teaching English. Maik is back in Berlin and he’s finishing his university degree! We’re still talking up to now and I can’t wait to visit him and Joonas this October (if not this October, the next) for the Oktoberfest! Hopefully I save up enough money, lol.

According to Hong, this is the best coffee shop in all of Vietnam. Since I am a matcha obsessed freak, I ordered this matcha smoothie. He’s right, it was delicious!

At the coffee shop.

Last glimpse at the Vietnamese market. Maik and I went and bought some flowers. We also tasted some cherries and smelled coffee beans!

I introduced Maik to the art of Korean ice cream, hehehe. Until now, when Maik would see one of these, he’d send me a photo! Hahaha!

Since I’ve always been a fan of Lea Salonga and the musical, Miss Saigon, Ho Chi Minh City (formerly known as Saigon) has always been on my bucket list! Now I could tick it off!

This trip has been the best yet. I’ll be writing a post about how this trip has changed my life, so stay tuned for the next couple of days. All in all, it was an amazing trip. I wouldn’t trade it for the world. I didn’t regret buying a one way ticket to Bangkok because it lead me here, I found myself and met a lot of amazing people whom I’ll treasure for the rest of my life. Thank God for this very wonderful opportunity. It’s not everyone who gets to travel so I’m just so thankful that I’m one of those people.

Home time for this little girl. I’ve come home and I’ve been better after this trip. Though I have to admit that it took me quite a while to get over the travel blues, but I did it. I made it! Thank God for everything!

This is not a sponsored post and all photos were taken using my iPhone5.

“You will see it with your own eyes and say, ‘Great is the Lord–even beyond the borders of Israel.” 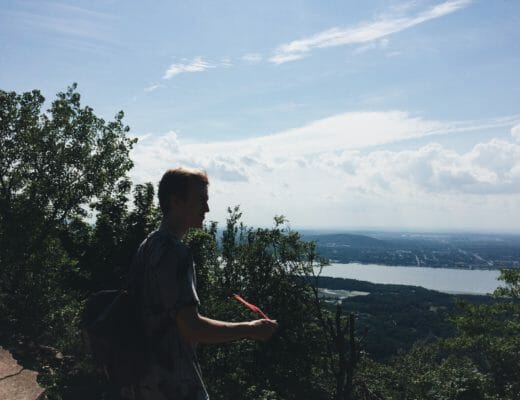 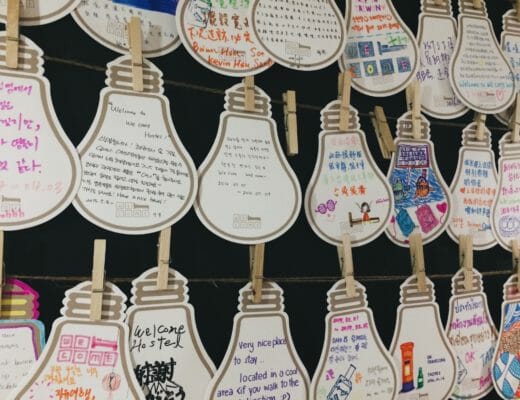 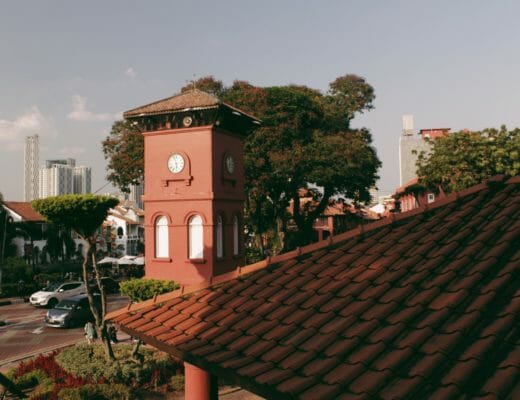 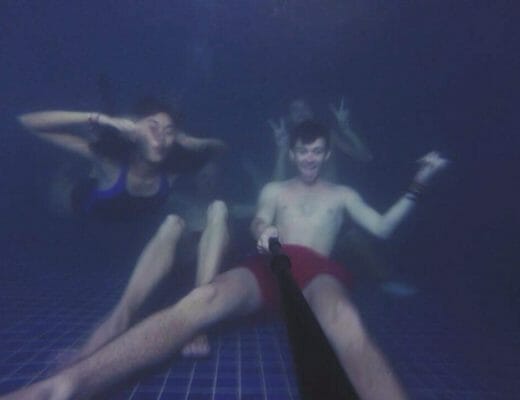 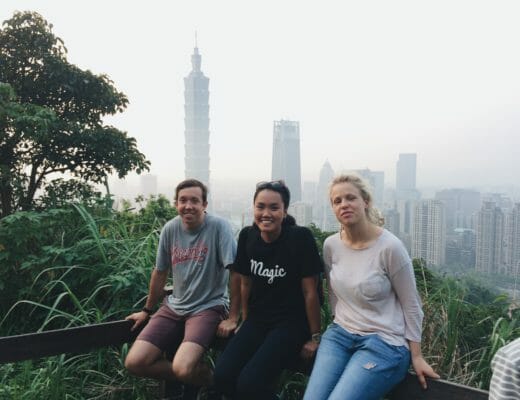