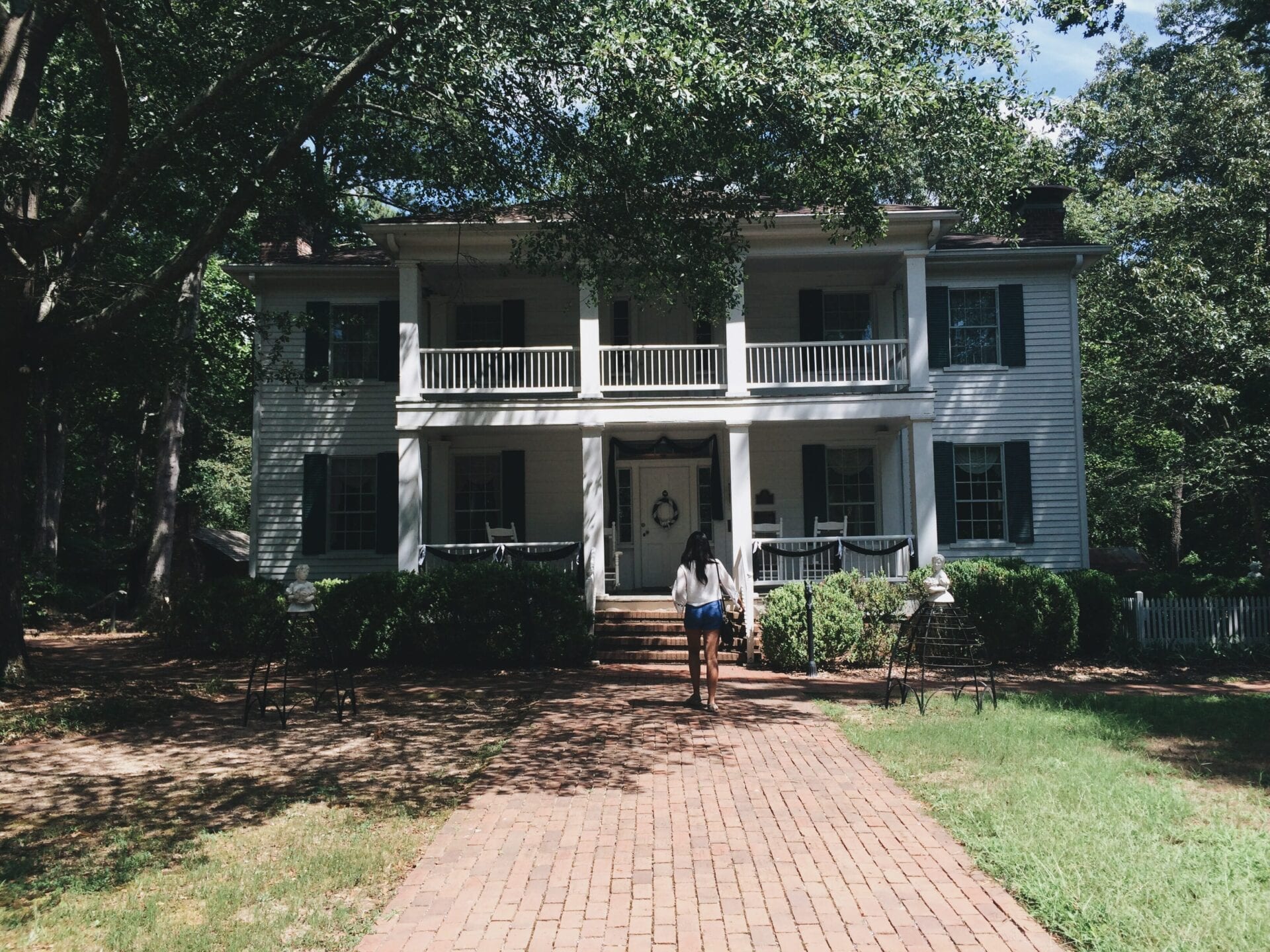 I’m going to give you guys a heads up about this post, I went only went to Georgia with one particular reason in mind…Gone With the Wind. If you’re a GWTW fan, I think you will enjoy this blog post quite a bit, if not, just bear with me. Ha!

A mandatory tourist-y photo inside Rocket Fizz in Marietta Square.

I loved everything about Georgia! From it’s houses’ Victorian architecture, that I must say, is really well preserved, to it’s amazing food and people! And let’s not forget it’s amazing art installations around the towns. I’ve only been to Atlanta, Marietta and Jonesboro so I can’t really say about the other cities in the state, but I bet they’re all just as good!  I would definitely come back to Georgia and visit Savannah!

On the continuation of our road trip (if you don’t know about my road trip, you can read about it on my previous post just click HERE), we stopped by Atlanta for two days. It was raining heavily when we got there, but the weather somewhat cooperated and didn’t let us stay indoors for most of the time.

On our first day we went to the World of Coca-Cola. Well obviously we couldn’t miss the chance to go to the birthplace of Coca-Cola. Yes, you heard (well more like read) that right! I didn’t actually know that Coke was invented by a guy named Pemberton in Georgia back in the day. I just know that it’s good. Well I might as well look more into the stuff I’m eating/drinking, heh.

The weather was nice in the morning so it was a tad bit sunny when we went to the World of Coca-Cola. We paid a good amount of $16 for a general admission ticket. It was a reasonable price considering that you get free Coke in colourful tin bottles and you get to taste Coke products from all around the world!

To know more about the World of Coca-Cola just click HERE to be redirected to their website.

Different Cokes from all over the world. Most of them are vintage too!

When you go in you will be greeted with free refreshments. Coke, of course! Your choice from the regular, the diet and the Coke Zero. It all comes in cute tin bottles!

Then you go into a hall where a lot of Coke artifacts are stored.

Some more photos from the World of Coca-Cola.

After the first room you go into, you will be guided into a small theatre where you will be shown a nice and happy video of people from all over the world. It was actually a nice video! It made me smile!

Then from there, you’re basically on your own. You get to choose where you’re going like The Vault, where the secret formula is stored! Don’t tell them that I told you! Ha! Then there’s a 4D theatre, some more rooms filled with artifacts and the room where you can taste different Coke products from all over the world. For me, the tasting room was the best! Hahaha!

Then it rained again in Atlanta when we got out of the World of Coca-Cola.

Rainy day but that didn’t stop me from getting into the pool!

Like what Queen Elsa said, “The cold never bothered me anyway.”

Gone With the Wind at Marietta Square…quite literally.

Growing up, I was forced (hahaha) by my mother to watch movies that she liked. Believe me, she liked all kinds of old movies like GWTW, Breakfast at Tiffany’s, Beaches, so on and so forth. So growing up, I was introduced to this magnificent piece of art. I made it my life goal to see Georgia and what it was like for the sassy Scarlett O’Hara and Clark Gable to be in Georgia.

I mean, I know that the film wasn’t filmed in Georgia. It was actually filmed in California. But the house, Twelve Oaks, was a replica of another Georgian beauty, and it’s called ‘Tara’.

A portrait of the very beautiful, Vivien Leigh.

Now I don’t know why most of my photos are missing and it’s so annoying because Georgia is a very nice place to see!

The signatures of the stars of Gone With the Wind.

So we went to the Gone With the Wind Museum in Marietta. We paid $7 to get in. It was a very reasonable price because you get to see some pieces from the actual film, like this piece of paper from the photo above! I must say that Olivia de Havilland had quite a nice penmanship!

Some more photos from the museum.

This was not the actual film script. I think it’s a documentary about it.

Basically Scarlett O’Hara is my spirit animal (person?!). If that’s even a thing! She’s simply amazing!

Some costumes from the film.

I think this is a replica and not the actual costume from the film.

I wanted to take that frame home!

As a production designer, I tend to enjoy even the littlest details so this photo is actually so amazing to me!

Now we all know that Scarlett doesn’t have a very nice relationship with his sisters, hahaha. These photos are amazing! Imagine if people still wore dresses like these! Ah!

Actual props from the film.

These chairs are actual props from the film. The details on it were very intricate! You can see from the photo in the middle where these chairs were used.

I was actually creeped out by this mannequin. Though I have to admit that that costume is amazing!

I just realised that I’ve been saying ‘amazing’ to everything! Hahaha! Sorry, this is one of my most favourite films of all time so I am at lost for words.

I actually have quite a lot of photos of Clark Gable but I can’t find them! Damn! I need to be extra careful in storing my photos, huhuhu!

On our last stop in Georgia, we went to the Stately Oaks Plantation in Jonesboro. We’ve heard that this was the house where the author of the book, Margaret Mitchell, got inspired to write it! Of course we wouldn’t miss it!

We paid $12 for a tour of the house. We came in August and we’ve been told that August is their month of ‘mourning’ so everything was in black. I really wanted to see what it looked like without all the black but I guess we came at the wrong time! You can visit their website HERE.

Well I pretty much screwed this blog post because I’ve lost most of my photos but believe me when I tell you that Georgia is one of a kind! It’s amazing and it’s definitely a must see when visiting the United States of America!

This is not a sponsored post and all photos were taken using my trusty iPhone5S.

“Finally, brethren, farewell. Be perfect, be of good comfort, be of one mind, live in peace; and the God of love and peace shall be with you. Greet one another with an holy kiss. All the saints salute you. The grace of the Lord Jesus Christ, and the love of God, and the communion of the Holy Ghost, be with you all. Amen.” 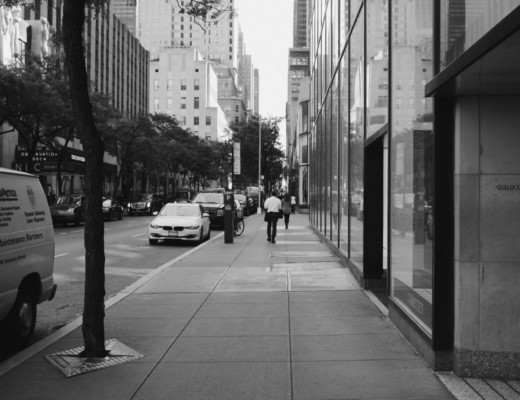 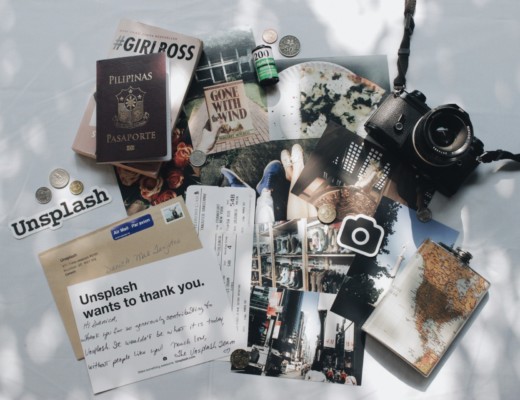 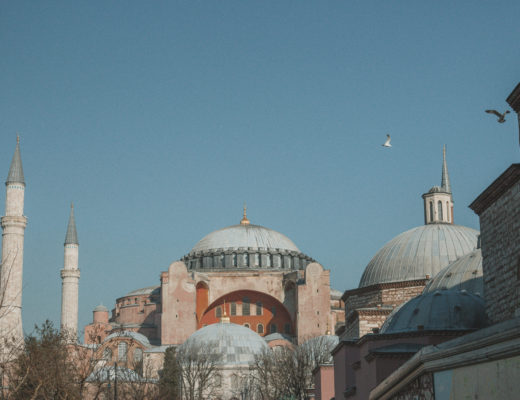 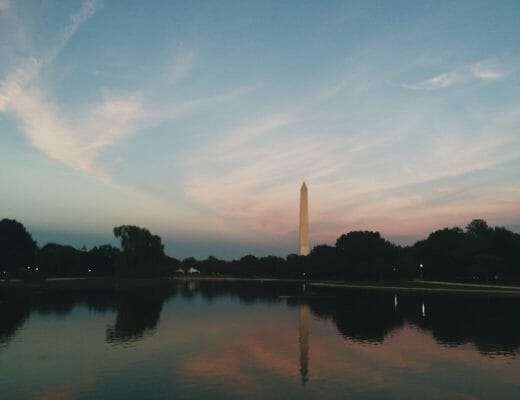 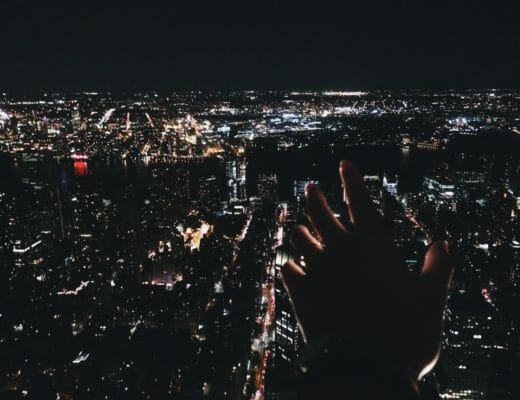 NEW YORK, I'M SO IN LOVE WITH YOU!